This article describes how to load the customized FRC build of OpenWRT onto a Linksys 1900ACS wireless access point. This customized build contains versions of various components that have been tested to be (mostly) stable in the FRC use case. It also contains a default network setup (network and wireless configuration, firewall, DHCP, etc.) appropriate for many FRC use cases.

Go to one of the following locations to download a ZIP of the FRC firmware build.

The filename  of the image files will always be constructed using the following pattern:

DESCRIPTOR is a description of the specific type of FRC image. "offseason_simple" is typically going to be the image you are looking for, this image removes all of the VLAN configuration from the network configuration and reverses the ports from the standard FRC image to allow the 4 ports on the AP to be used as a switch in offseason configurations. "offseason_vlan" is identical to the standard FRC image but with the username/password set to root/root and can only be effectively used with network hardware that is sending appropriately tagged packets over a VLAN trunk line plugged into the AP's yellow port.

YEAR is the year of the firmware build

MAJOR is the major release number

MINOR is the minor release number. This is used for internal builds and should always be 0 on release builds

IMAGETYPE is the type of OpenWRT image. "factory.img" is the image that is used to switch to OpenWRT from the factory Linksys firmware. "sysupgrade.tar" is the image used to update an existing OpenWRT installation.

The following section describes how to load the FRC OpenWRT image onto the device from the stock Linksys firmware.

Connecting to the AP 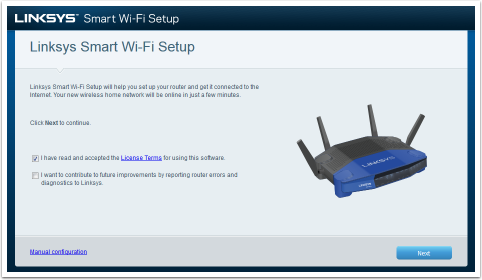 Open a webbrowser and enter 192.168.1.1 into the address bar. The browser will automatically re-direct you to the Linksys setup page.

Check the top box to indicate that you accept the License, then click the Manual Configuration link the bottom left of the page. 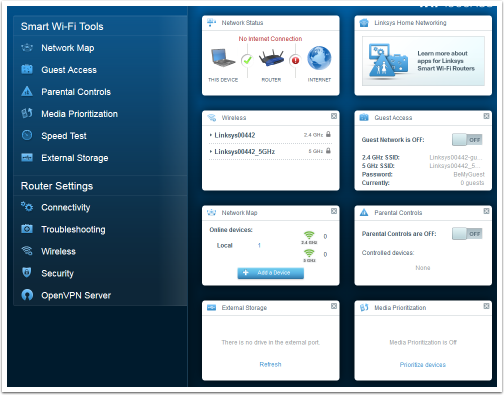 Click on "Connectivity" in the navigation bar on the left side to access the firmware flash page. 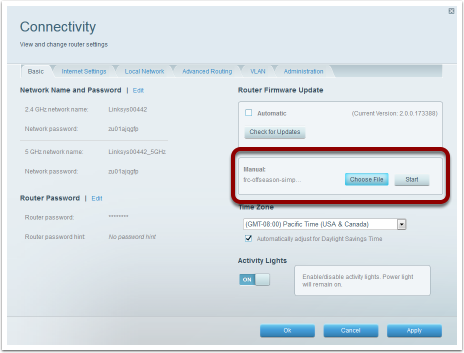 The following section describes how to load the FRC OpenWRT image onto the device when OpenWRT has already been installed (including updating from previous FRC image).

Connecting to the AP

Open a webbrowser and enter 192.168.1.1 into the address bar. The browser will automatically re-direct you to the LuCI login page.

Password: "root" (for an FRC image) or blank for default OpenWRT 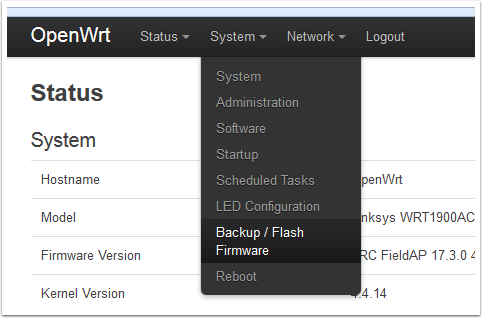