Sending data from the cRIO to an Arduino

Sometimes it is useful to use a coprocessor to handle operations on some sensors, lights, etc. A popular processor is the Arduino. This article shows sample code to send some data between the cRIO and an Arduino. Although it only sends data in one direction (from the cRIO to the Arduino), it serves as an example of how to do it.

This program sends one of two values (either 72 or 76) from the cRIO to either turn the LED (pin 13 on the Arduino) either on or off. The value is arbitrary and was just part of a larger sample program. 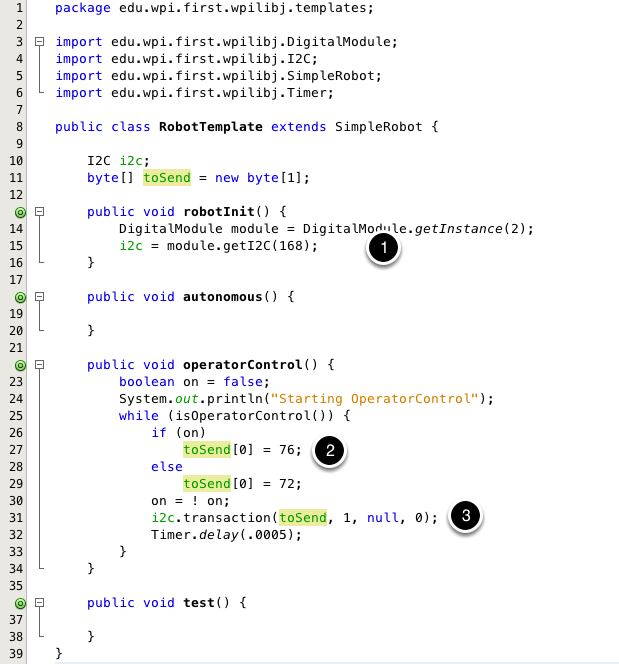 The I2C protocol has a master and slave processors or devices. The master controls the bus and either sends data to a slave or requests data from a slave processor. Slaves cannot initiate transactions on their own. Each slave processor (or device) has a unique address that the master processor uses to select it. In this example, the Arduino slave processor recognizes address 84. The steps are: 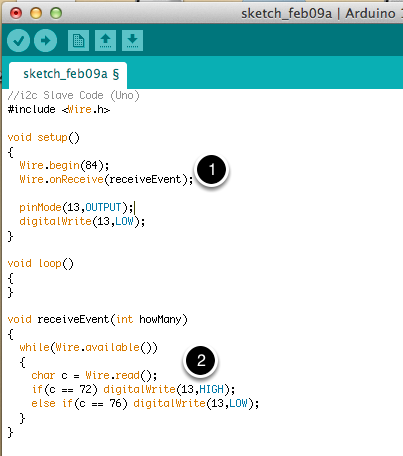 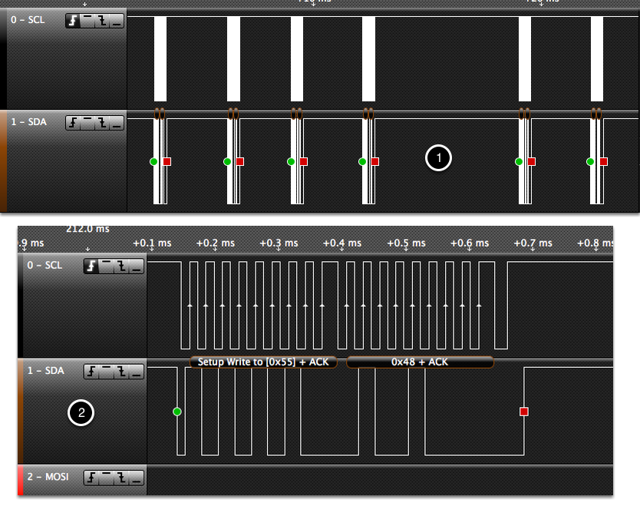