This article describes the basic format of a Command and walks through an example of creating a command to drive your robot with Joysticks. 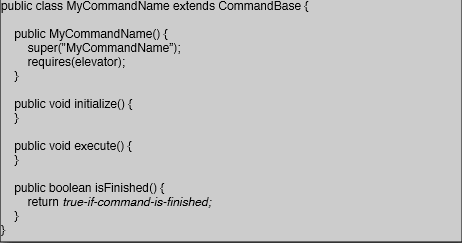 To implement a command, a number of methods are overridden from the WPILib Command class. Most of the methods are boiler plate and can often be ignored, but are there for maximum flexibility when you need it. There a number of parts to this basic command class: 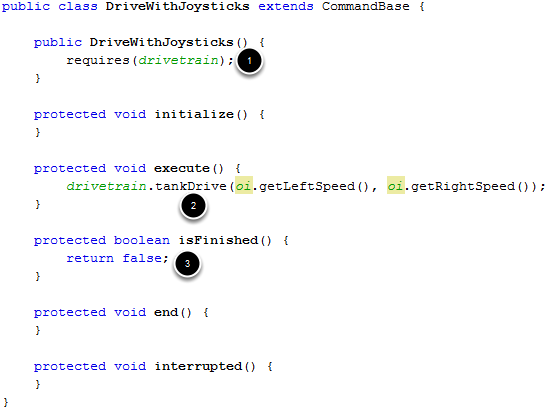